The Conference on the Future of Europe is imminent. While the three EU institutions are still negotiating its mandate, composition and way of working, its launch on the 9th of May seems confirmed. The Conference represents an historical opportunity towards a sovereign, democratic and federal Europe.

It will offer the chance to place the question of a re-foundation of the European Union at the heart of the European debate. It will also be a great opportunity for our movement to be influential as our topics and demands will be at the very centre of the real political debate: we can put our federalist goals in the debate as the answer to the very same questions that the Conference will be addressing.

As agreed in our last Federal Committee meeting in Rome, a coordinated campaign by the federalist movement at all levels, from the local to the European one, is essential to influence the debate and the outcome of the Conference and should be the focus of federalist activities in the coming two years.  It is an intellectual, political and organisational challenge that we should face head on.

In the past months, the Executive Bureau and myself have devoted significant time to influence the mandate of the Conference and prepare the ground of our future Campaign.

We have started to create a network of European Civil Society Organisations that share our vision on an ambitious Conference and are willing to engage in a concerted advocacy effort.

We have started communication activities online and on social media. Through a number of press releases and articles we have been promoting our vision of a “Constitutional Conference”. Our website hosts a page dedicated to the Conference with useful information and campaign tools.

On the 21st January we have organised a “Conference Simulation” in Brussels and have been the first to engage young people in debates with Members of the European Parliament to voice their expectations on the Conference.

We have leveraged the local events of the Schuman 2.0 project to include panel debates on the Conference, most recently in Lille and Trieste and soon in Tartu, Bilbao, Graz, Hamburg and the project final Citizens Summit in Brussels on the 8th of May.

I know that many national sections have meanwhile started their activities at national and local level with events to raise the awareness of politicians and the public opinion on the challenges and opportunities ahead with the Conference. Our Italian section is also assessing the possibility of a public action in Dubrovnik, if the official launch of the Conference will be there, which we are monitoring closely.

We should now forge together our future campaign, which will be stronger if it will be a concerted campaign at all levels, from the local to the European one.

On Saturday 21 March we will hold an extended Bureau and campaign meeting open to all heads of national sections and FC members interested to engage in the campaign for the Conference on the Future of Europe. The meeting will be the occasion to provide an update on the Conference, share ideas and plans developed by the Bureau for the campaign, share plans and ideas from each national section, and further develop together a campaign framework. I ask all of you to make an effort to participate and ensure the outcome of the meeting is as much as possible the result of a collective effort. You can register here.

Our objective is a common launch of the campaign on the 9th of May, at European and national level, on the same day of the official launch of the Conference.

In the meantime, in preparing your activities for the next months, I ask you to consider how you can contribute to promote our federalist positions on the Conference. In particular:

By doing so we will not only prepare the ground for the Conference, but also prepare our organisations to play a role in the next two years acting at European, national and local level to influence the members of the Conference, the debates in the envisaged Citizens’ Agoras and Youth Agora and the positions of member states, as well as raising public attention.

I look forward to meeting you soon and most of all to working with you in our campaign. 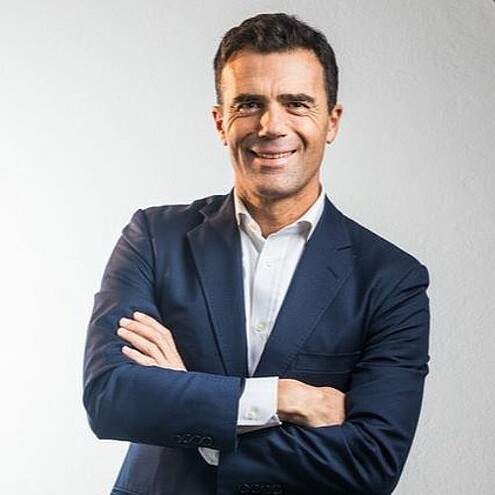