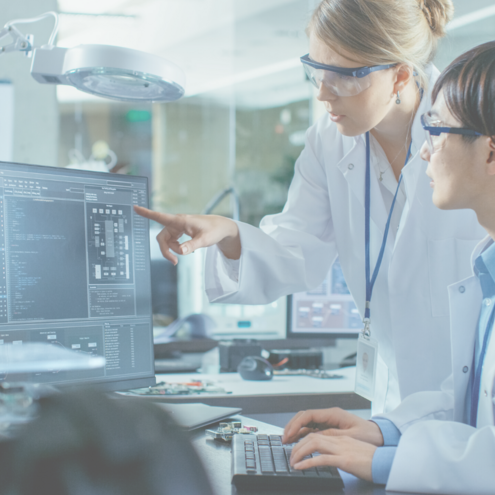 The news of the resignation of Professor Ferrari from the European Research Council’s Presidency, motivated by the fact that he has been «extremely disappointed by the European response to Covid-19, for what pertains to the complete absence of coordination on health care policies among member states, the recurrent opposition to cohesive financial support initiatives, the pervasive one-sided border closures, and the marginal scale of synergistic scientific initiatives» are a troubling development in these already challenging times.

Notwithstanding the dispute behind the real reasons for the resignation, we agree with Professor Ferrari that «this is not the time for scientific governance to worry excessively about the subtleties of the distinctions between Bottom-Up versus Top-Down research, or whether all scientific sectors would benefit similarly from a broad initiative on Covid-19.»

Covid-19, just like a war, is forcing innovation on a scale and at a pace that no government would normally contemplate. What was previously unthinkable is happening. The development of a vaccine, which is ultimately the only hope to overcome the current crisis for good, can be speeded up if and only if faster approval for clinical trials, ethical and regulatory reviews, etc. is granted, and unprecedented ways to make massive quantities of a vaccine quickly, such as building dedicated manufacturing facilities are implemented.

The President of the UEF Sandro Gozi declared: «These are indeed extraordinary times when doctors all over the world are faced with terrible decisions about who shall die and who shall be saved. COVID-19 is a global threat that requires a global response. We have advocated the urgent creation of a European research consortium to work together as a team to find a vaccine as quickly as possible. EU funding allocated to different research projects is a welcome move, but there is significant added-value in developing joint EU efforts rather than national parallel ones. The contribution of Europe’s best scientists to this response is paramount. Unprecedented levels of cooperation with their counterparts in the US, China, and the rest of the world will be essential. Professor Ferrari decided to move from the US to Europe to join the ERC, motivated by the great reputation of the agency in funding the elites of excellence in the sciences in Europe and the world. He would have certainly been instrumental in favouring a strong European initiative to fight the COVID-19 epidemics as well as the needed levels of international cooperation with the scientific communities in the US and the rest of the world. His resignation, and especially its motivations, are very sad news in already troubling times. The fact that he plans now to set up an international research initiative to fight Covid-19 from the US is a defeat for Europe’s ambitions to be a global powerhouse of scientific and technological innovation».

Europe needs to choose now: either it gives itself the political and economic means to fast-track the adoption of extraordinary measures, or it will succumb to increasingly unstoppable conflicts between institutions and member states.
For a list of all the measures suggested by the UEF to overcome the coronavirus crisis see https://www.federalists.eu/news-uef/uefnews/a-federal-europe-to-overcome-the-corona-crisis/