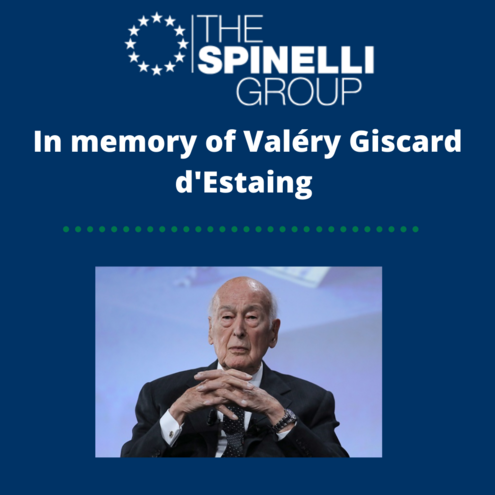 “The Spinelli Group, the network of federalist and pro-reform Members of the European Parliament, wishes to express its profound sadness for the loss of Valéry Giscard d’Estaing and to extend its heartfelt condolences to the family of the former President of the French Republic and to the French people.

Giscard d’Estaing was an innovator and a true pro-European champion. His commitment and devotion to the creation of a more democratic Europe, especially as the President of the European Convention that drafted the project for a European Constitution in 2001-2003, shall forever be remembered and taken as an example for the future reform of the European Union."