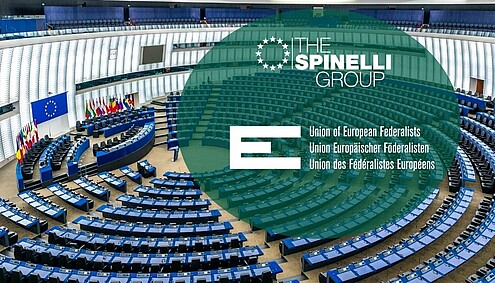 The board of the Spinelli Group, network of federalist and pro-reform Members of the European Parliament, gathered on Wednesday 21 October, in videoconference, to set up its programme of activities until the end of the Parliamentary mandate. The meeting was the opportunity to discuss recent EU developments, including democracy, the negotiations on the Multiannual Financial Framework, Next Generation EU, the system of own resources, the Rule of Law mechanism, the Electoral Law and transnational lists, as well as the Conference on the Future of Europe, within which the Group aims to play a central role and lead the discussions in the European Parliament, coordinating with the like-minded elected Members in national parliaments and at local level.

The Spinellist MEPs have agreed to assign the Presidency of the Group to a representative of the main political Groups in the EP in a rotating system of a period of 9 months. The S&D Group will take the Chair for the first phase, formally starting on November 2nd. Brando Benifei (IT) was endorsed by the colleagues to take the place of former liberal MEP and EPC Visiting Fellow, Andrew Duff, as Chair of the Spinelli Group. Members have also agreed to entrust the Secretariat of the Union of European Federalists (UEF) with organisational and logistical support, considering to also enlarge the internal structure to support the many projects to be pursued for next years.