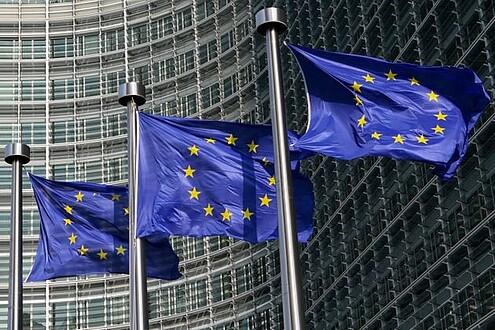 When we talk about Europe, we often talk about turning points, essential junctions in our history, but we have only recognised them when we look back through the rear-view mirror. And most of the time, unfortunately, from that mirror, we have seen only the missed opportunities, the crucial moments from which we have moved irreparably away.

The European Community of Defence, the Spinelli Treaty for the constitution of the United States of Europe or the Treaty for the adoption of a Constitution for Europe, are some of these atrocious crossroads in which we Europeans have lost our way, lost the opportunity to build a real European power.

But if rewriting history is not possible, the goal remains the same. And if the wind direction has changed, we can adjust our sails to still reach our destination. The journey that the new European Commission has just undertaken, including a European Conference on the Future of Europe, will be a decisive one. The Conference will have to discuss how to turn Europe into a global power. At the end of this new political cycle that has just begun, we Europeans will know our destiny, our meaning in history and whether or not we risk political extinction in the new globalised world.

Above all, we cannot act as if we were still in the world of yesterday. We have to prepare the world of tomorrow. Ursula Von der Leyen's speech before her election in July was and remains a good manifesto. The follow-up was not brilliant: we went through strong institutional tensions that already begun the day after the European elections. Today we can start again, but we must show the necessary strength and determination.

Our priorities are clear: Europe as green energy leader; good governance of the euro area and a European investment plan; a European social Union; a new European security and defence project, migration and asylum policies; enforcement of the rule of law and equal opportunities, promotion of innovation and youth.

I am convinced that, alongside all these issues, European federalism, which has never been so necessary and appropriate, is really the response to the problems of our time. We need a sovereign, powerful and democratic Europe: sovereign against the crisis of national politics; powerful against unilateralism; democratic to defeat neo-nationalism.

A sovereign Europe means that we must regain control, adopt a new global approach to a crucial issue such as security. After all, it is also the subject discussed in London, at the NATO summit where China was finally mentioned for the first time as the subject of attention.

We have entered an era in which the US and China are increasingly using their power in a unilateral logic. While the challenges to our security come much more from Beijing, our multilateral security system is still largely based on the structures of the Cold War. Our American ally responds to European decisions for more tax justice, through the web tax for large digital multinationals, by threatening duties against Europe. Our Asian competitors act on the global market with industrial logic and state aid while we Europeans still apply the rules of competition only thinking of our national markets, if not local, and we put our companies more exposed to global competition in great difficulty. Either we will be able, with a new European industrial policy, to win the new economic competition on a global scale or we risk losing out.

We Europeans have a duty to share responsibility for global security, which we rightly want to see based on a new multilateralism: dialogue, negotiation, cooperation. But without excluding the logic of power. We cannot be naïve,  we must act in the real world, where we are confronted with states and societies that are far removed from a postmodern approach, in which more and more power relations and unilateral decisions prevail We must give ourselves the means to promote our values and protect our interests in a world that has changed.

The Conference on the Future of Europe will be the right opportunity to discuss Europe as a power, as a sovereign and democratic power, with a central role for the European Parliament.

"Europe Power" inevitably brings back to the controversy that arose over the harsh words of Emmanuel Macron on NATO’s "brain death", which Macron rightly confirmed in London, at the same time insisting on starting the process of reforming the organisation: not sterile criticism, therefore, but a concrete and constructive proposal. We are well aware of the challenges we face: the United States refraining from continuing to exercise true political leadership; the Turkish "ally" violating fundamental values; the United States acting in a unilateral and potentially destabilising logic in the Middle East; difficult relations with Russia; China’s hegemonic logic, from military to digital and 5G.

We Europeans need to intervene in the geopolitical space where our interests are at stake: for example, we all agreed on the need for intervention in Mali, but France had to take action because the EU did not have the means to do so. President Von der Leyen rightly reminded us of these challenges and it is with regard to these challenges that we must become more capable of acting together as a Union.

In short, we must acknowledge that we are in an era of power relations, imperial logic and new threats. However, we must still act as Europeans, and not on the basis of national or, even worse, nationalist logic.

The French President's wake-up call was necessary, it lifted the veil of ambiguity and perhaps gave a wake-up call to a Europe which is now still suffering from the historical error of the French Gaullists and Communists in rejecting the European Defence Community in 1954 and which is paying the price for the very slow progress of these decades on the subject of common defence. The only way to stay alive and protagonists in a world that is reinventing itself between Beijing and Washington, passing through Moscow and the new emerging world economies, is to build a true European power. Only a truly sovereign, democratic and powerful Europe will enable us to overcome many of the challenges of the future and to survive as Europeans. To give in would mean the end of our civilization.

You can also find a version of the article in German here.

You can also find a version of the article in French here.