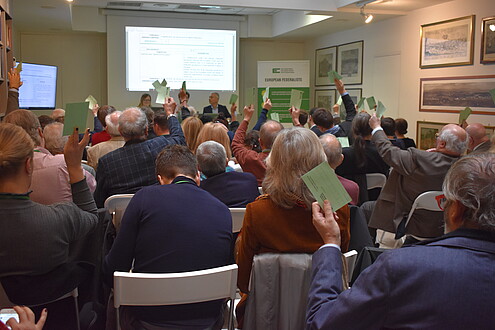 The European Union is faced with multiple external challenges and many internal tensions, but European elections have shown that there is a clear pro-European majority and that citizens are in favour of strengthening the European Union. During the European Citizens’ consultations, as well as the Citizens Dialogues and the Eurobarometer survey, most people showed that they believe that Europeans ought to regain control of political processes and play a strong autonomous role in the world through a stronger Union. Citizens mainly ask the EU:

The proposal for a “European Conference on the Future of Europe” initially put forward by the French President Emmanuel Macron in his “Letter to European Citizens” of 4th March 2019 and then taken up by the President of the European Commission Ursula von der Leyen in her investiture speech and in her guidelines, represents a great opportunity in this respect, since it places the question of a re-foundation of the European Union at the heart of the new European term.

As European federalists, we think that the Conference will be an opportunity to address as outlined by the AFCO reports during the last term (Bresso-Brok 2016; Verhofstadt 2016; Boge-Beres 2017; and Jauregui 2018) the key issues of:

The role of the European Parliament will be decisive in ensuring that the Conference can carry out its task effectively. While it must be able to bring together the demands of citizens and local and regional bodies, the Conference must at the same time be able to translate them into a comprehensive proposal for a new Treaty that will overcome the impasses that are still weakening the European Union. The difficult historical and political moment and the support of the majority of citizens must be a stimulus for courageous and forward-looking action.

With this in mind, UEF addresses, first and foremost, the European Parliament – as the primary institution which, being composed of representatives directly elected by the citizens, has the legitimacy and responsibility to promote a political and institutional reform, including of constitutional nature, of the European Union – with the following proposals on the method and the agenda of the Conference: