Ca 50 were elected and will form a strong core of federalist supporters in the new European Parliament.

Other MEPs will be asked to join this initiative in the upcoming weeks.

Here more information on the events in Strasbourg.

Key demandsof the European Federalists supported by the MEPs include a stronger Economic and Monetary Union (with a Eurozone own budget), a single European foreign, security and defence policy (with stronger European defence capabilities), a European migration system (including the management of external EU borders through European forces and EU channels for legal migration), make Europe a global leader in combating climate change and promoting the transition to a fully environment-friendly economy, and an increased European budget based on own resources. 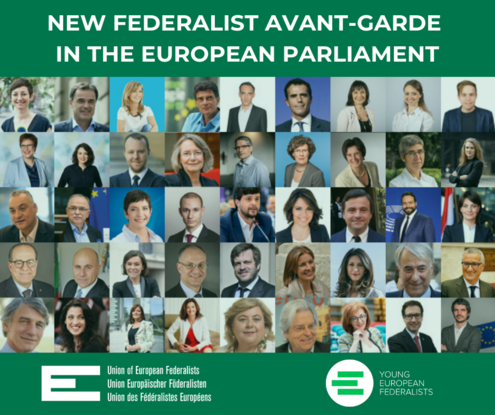