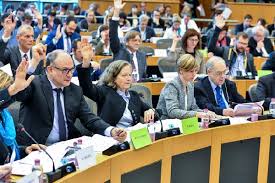 The European Federalists welcome AFCO’s support of an open and democratic vision for the Conference on the Future of Europe. This conference will have to consult and engage citizens and institutional representatives at all levels. It should be an exercise of real democratic participation, not just a series of dialogues with citizens with no results - as too many times in the past. The Conference must clearly aim at recommending policy and institutional reforms to make the European Union stronger, more democratic, more efficient, more transparent, and with a greater capacity to act in Europe, as well as in the global scene.

The AFCO opinion includes many proposals from the Federalists, including that the Conference should have an open mandate,  that it should be ready to discuss all questions of policies and institutions and that it should be open to consider changes to European treaties, as it will be certainly necessary to meet its goals.  Citizens’ participation in the Conference should be ensured through a combination of consultations and direct participation.

Sandro GOZI, President of the Union of European Federalists, commented: “We have a unique opportunity to engage citizens across Europe in a first-time exercise of transnational democracy leading to concrete results on European policies and institutions. Ten years after the Lisbon Treaty, in a completely changed Europe and global order, it is high time to address the questions of Europe’s competencies, resources and institutions with no taboos, including no fear to break unanimity if not all Member States will agree on an ambitious reform roadmap".

The European Federalists look forward to seeing AFCO proposal becoming the official position of the Parliament with a resolution in plenary in January, including also further proposals on the Conference's composition and method of working in preparation by a Working Group set up by the President of the European Parliament.

The European Federalists recommend the European Commission and the European Council to follow the position of the EP and agree on a concept, mandate, structure, as well as timing of the Conference as soon as possible in order to enable preparations to start early in the new year.